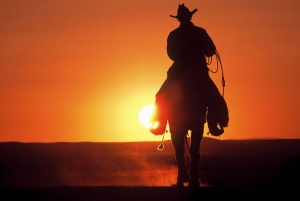 Wanted to let you know about some exciting changes for me that have been happening lately, or are on the horizon. You probably area aware of most if not all if you follow me on twitter (@bjwany), but here are some more updates:

First off, you probably all know that I was accepted as an MFA candidate for Dramatic Writing at Carnegie Mellon University in Pittsburgh. As such, I will be moving from my little studio in San Francisco over to Pittsburgh in mid to late August. :’-) bittersweet!

As such, it will probably be hard to visit me in San Francisco after July. I’m not exactly sure where I’ll be after that! Things are probably going to get pretty crazy, but here’s my schedule:
Tues, Thurs nights and Sat mornings = tai chi and kung fu – sorry guys, can’t miss this since i’m gearing up for a double test in July!
June 7th – book release for SF Olympians Fest at the Exit Theater at 8:30 PM. https://www.facebook.com/events/387541187963322/
June 14th – last day to donate on indiegogo to the SF Olympians Festival III. Share it! https://www.facebook.com/events/203903426397019/
June 15th – June Literary Clown Foolery. SF Olympians at the Booksmith from 8 to 9:30 PM https://www.facebook.com/events/231438463615532/
first weekend of July – possible 108 Heroes event! Stay tuned! http://108-hero.com/
July 14 – double test for kung fu! (omg, hope i pass!!)
July 26th – Opening for It’s All in the Mix (7/26 to 8/11 on Thur, Fri and Sat – location TBD)
Aug 11th – Closing for It’s All in the Mix (and possible good-bye party??)
San Francisco Olympians Festival III:
If you haven’t already donated to the indiegogo page, we’re currently $973 short with only 8 days left to go. I am honored to have been commissioned to write a one-act play for the goddess, Hera, in this year’s festival and had the opportunity to serve as the box office manager last year. Everything about it is great, guys. The artwork, the writers, the partnerships within the community. It’s a fun time and I hope you will consider contributing even the smallest amount. It helps a lot. Namely, it pays for the space to do the festival in the first place, for us to keep ticket prices low ($10 -what??!), and anything over our goal gets re-distributed to those involved in the festival (artists getting paid to do their craft??! That is insane!). FYI, my play is scheduled to be read on December 19th. SAVE THE DATE!
Check out the indiegogo page here: http://www.indiegogo.com/SFOlympiansIII
And if you want to see my bio and what I have planned for my play about Hera, you can read it here (also, there is a HUGE picture of me…): http://www.sfolympians.com/?page_id=849
It’s All in the Mix
Guys, this is my first full-length play in production by All Terrain Theater! I’m fortunate enough to work with some AMAZINGLY talented artists to bring this production – the culmination of maybe eight plus years – to fruition. It would mean a lot to me if you could support this. I just found out today that we did not get the grant we were hoping to cover part of the costs, so everything is going to be extremely bare bones. No worries there. Love theater that is bare bones! But let me tell you a couple cool things about this production: it’s a love story about DJs, it’ll be a site specific work probably at a club, bar or cafe, it will be music-oriented and interactive, and probably unlike a lot of theater you’re either used to or expect! And, I’ve been working extremely hard at this (for the past eight years…) so, if you can come see it, if you can support it financially, if you can spread the word, that would mean the world to me.
I don’t have a ton of details for it right now, but hit me up if you want me to keep you in the loop (or follow me on twitter). What we do know is that we’re working with a couple former/current students at Laney College and that the director and producer are incredibly suited towards this production, we’ll probably involve a DJ (or maybe more!), and the dates are July 26 to August 11th on Thursdays, Fridays and Saturdays.
Support if you can:
If anyone has the capacity and inclination to support either (OR BOTH!) of these projects with a challenge grant, I know that works at my job at Second Harvest Food Bank, and I think we could do it on a much smaller scale for these projects. Both have reasonable, achievable budgets of under $10,000. Hit me up if you’re interested in offering up a challenge gift for these projects. I’m thinking even a gift as low as $50 to $100 we could help make work with this type of fundraising. I’m thinking if we could get a small group together, that would help encourage people to give.
Also, if you know anyone who would be a good person for me or my crew to talk to regarding partnerships for the SF Olympians Festival III and It’s All in the Mix, please let me know!!
Follow My Blog!
And finally, follow me on my blog at https://dynamicsofgroove.wordpress.com/. I’ve been slacking as of late, but more updates/posts soon. Including a calendar of events! I’ve been inspired…
All right, everyone! Thank you so much for supporting me on this path. 2012 has been amazing to me so far and I feel that everything I’ve been given this year is such a gift. I don’t know why that after years of working towards these goals that things are finally starting to happen, but what I do know is that I absolutely could not have done this without all of your support. That’s not a pitch. I treasure it more than a rinky-dink email could ever express. So, if nothing else, thank you all for helping me get to this space. I am so excited for what the future will bring and know that I’m going to honor these gifts to the best of my abilities.
I love you all!
-Barbara
aka
Babs